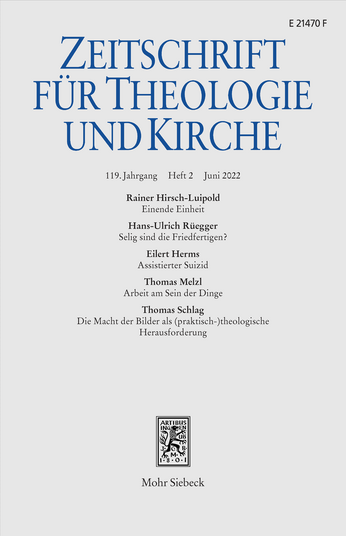 Artikel PDF
DOI: 10.1628/zthk-2022-0013
In recent years, the phenomenon of religious influencers as a form of public digital communication practice has become increasingly visible, intense and powerful. This article discusses on the one hand the pastoral-theological self-image and text-production of religious influencers through their own forms and means of digital practice. On the other hand, it asks ecclesiologically what image of the church is presented and represented by these influencers through the self-generated and negotiated image-text messages and, under certain circumstances, how a traditional understanding of the church is being transformed. In the sense of a practical-theological criteriology, it is argued that these varieties of participatory theological resonance and productivity as well as the question of authentic image-making and education triggered by these influencers should be regarded as legitimate forms of an enlightened educational practice along with a new understanding of the public appearance of church within the culture of digitality. The plea is to not only place these digital communication logics in the mindset of the churches' organisational practice, but to view and recognise them as a contemporary expression of the tripartite forms of church, individual, and public Christianity.
Drucken
Teilen
Personen
Thomas Schlag Geboren 1965; Studium der evangelischen Theologie (und der Politischen Wissenschaften) in Tübingen und München; Professor für praktische Theologie an der Universität Zürich.