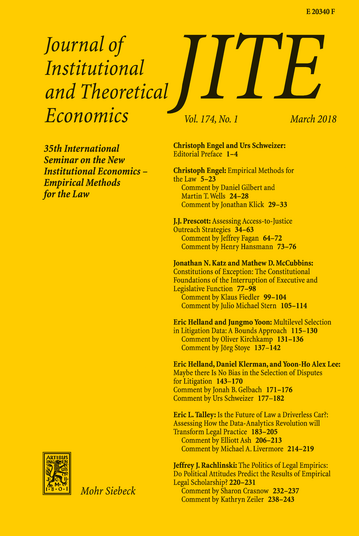 Constitutions of Exception: The Constitutional Foundations of the Interruption of Executive and Legislative Function

article PDF
DOI: 10.1628/093245617X15120238641848
Constitutions of exception are commonplace legal regimes that prescribe conditions and procedures under which the constitution itself can be legally suspended. Often the suspension of the constitution involves the interruption of scheduled elections for the national legislature and/or the chief executive. Military participation in civilian government and the derogation of civil liberties and rights are also typical. There is a debate in the literature about the value of exception clauses. We argue that they threaten democratic stability and consolidation. We do this by studying a large panel of countries and their constitutions over the twentieth century.
Print
Share
Authors/Editors
Jonathan N. Katz No current data available.