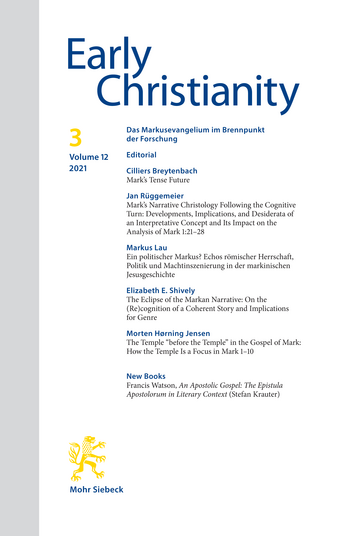 article PDF
DOI: 10.1628/ec-2021-0024
This essay presents an overview of some facets of apolitical reading of Markan pericopes from the perspective of Roman power and enactment of rule. Allusions to the concept of the Golden Age and to Roman rituals of rule such as the enthronement of kings or the triumphal procession are considered. Additionally, individual Markan pericopes are read against the background of imperial coinage and the political programs associated with them. The essay concludes with achristological outlook on the function of such allusions and echoes.
Print
Share
Authors/Editors
Markus Lau No current data available.