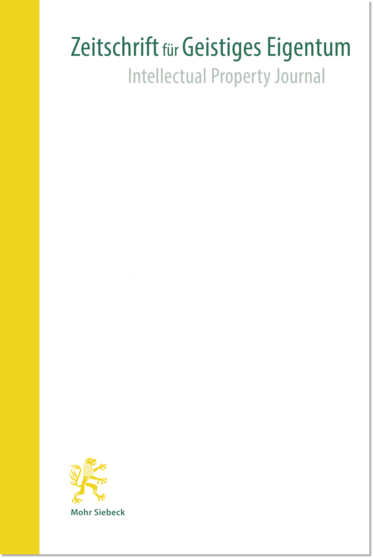 article PDF
DOI: 10.1628/186723709787978245
This paper deals with the fundamental question of possible limitations to injunctions in US and European patent law. The issue arose with the advent of so-called patent trolls, i.e. companies that buy and enforce patents without being inventive on their own or intending to manufacture the patented product or supply the patented service. Starting with criticism as to the terminology, the article then focuses on the potential abuse of the patent system and demonstrates that patents can be used to hinder rather than to spur innovation. Injunctions play a vital role in this regard: On the one hand, injunctive relief forms the core of every property right; on the other hand, injunctions can be an extremely valuable threat to help the patent owner to bargain for more than a fair market value. Bearing this in mind, the essay focuses on injunctions in US patent law and analyses the law prior to the US Supreme Court decision in eBay v.MercExchange. As a general rule, injunctions were issued in absence of exceptional circumstances. The US Supreme Court, instead, applied the traditional four-factor test, giving the courts more flexibility on granting injunctions in patent law. The paper commences with the assessment of the implications of the verdict and concludes that the four-factor test seems to be an adequate measure to prevent abuse of patents without harming the patent system per se. Turning to Great Britain, the article examines the relevant law in regard to injunctive relief and shows that, as a general rule, injunctions will be granted if a patent is held valid and infringed. Yet, courts are not bound to grant injunctions; rather the grant is in their discretion. Despite this flexibility, there is no recent case law in the field of patents were this discretion has been exercised. Finally, the paper deals with injunctions in German patent law. Basically, injunctions are granted if a patent is infringed and if there is a risk of recurrent infringement. Unlike courts in Common Law systems, German courts are not vested with comparable discretion with regard to the granting of injunctions. The paper, however, shows that there are other ways of limiting injunctive relief in respective cases. First, competition law can limit injunctions in cases of abuse of a dominant position. Second, injunctions can be limited in cases of abuse of rights. And, finally, limitation of injunctions may follow from the principle of proportionality as found in general private law and, particularly, recent EC legislation.
Print
Share
Authors/Editors
Ralf Uhrich ist Rechtsanwalt in München und Lehrbeauftragter an der Universität Basel.