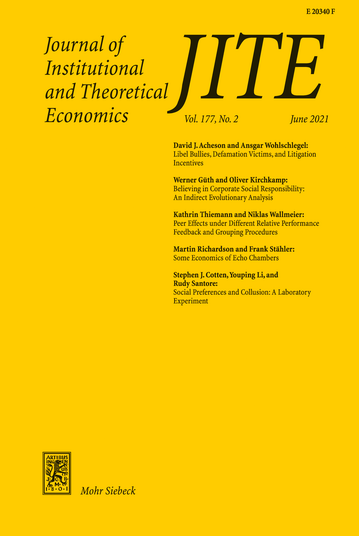 article PDF
DOI: 10.1628/jite-2021-0008
We investigate the role of peer-group composition and relative performance feedback in effort choice. In a theory-guided lab experiment, groups are formed either randomly or based on ability. The members receive either the best or the average performance of the group as feedback. We find that men perform better when they compare themselves with the best instead of the average peer, while the opposite is true for women. For the group composition, we find that men benefit from random grouping, while women benefit from ability grouping. These effects are explained by different (nonlinear) reactions to the reference point.
Print
Share
Authors/Editors
Kathrin Thiemann No current data available.