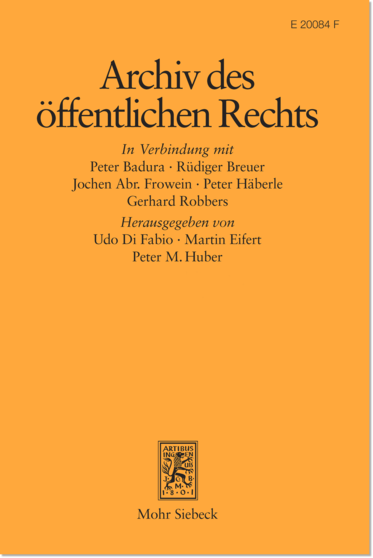 article PDF
DOI: 10.1628/000389114X14104459599689
Errare humanum est, as the Roman classics had it: Humans make mistakes. Not only by believing that »errare humanum est« is from the Roman classics (It is not.) but even more so in passing legislation. This paper distinguishes ways that legislators may err, and discusses both theoretical concepts and institutional responses. It shows that, despite the popular anthropomorphism, »the legislator« is best construed not as a person but as an institutional arrangement – a nexus of responsibilities just as »the firm« is a nexus of contracts. Given this starting point, mistakes in legislation are as inevitable as transaction costs in the economic analysis of law. Yet jurisprudence offers no unified methodology for dealing with such mistakes. Instead it builds on a distinction between »evident« and »other« mistakes (Redaktionsversehen), but offers little theoretical guidance and a lot of confusion. By analysing three mistakes from recent years' legislation, and the subsequent discourse about how to deal with them, the paper shows that said distinction is naïve in light of both the pragmatic turn in linguistics and the complexity-based understanding of legislative intent. It concludes that mistakes in legislation are best avoided ex ante by following experiential rules of law-making as formalised in special guidelines (Rechtsförmlichkeit), and best corrected ex post by openly acknowledging and formally revising the faulty statutes. Future discussion may focus on facilitating revisions by introducing a simplified procedure to formally correct erroneous legislation.
Print
Share
Authors/Editors
Hanjo Hamann Studium der Rechtswissenschaft in Heidelberg und Hamburg; Promotion in Bonn und Jena; Auslandsaufenthalte v.a. in China; Rechtsreferendariat in Erfurt, Speyer, Tübingen, Leipzig und Pretoria; seit 2013 Gastforscher am MPI für Gemeinschaftsgüter in Bonn; seit 2014 Nachwuchskollegiat der Heidelberger Akademie der Wissenschaften.