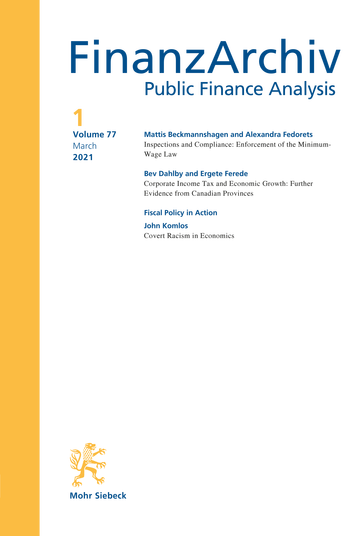 article PDF
DOI: 10.1628/fa-2021-0003
Mainstream economic theory is replete with assumptions that feed into structural or systemic racism, because it supports an economic system that severely disadvantages people at the lower end of the socio-economic spectrum, which in the U.S. includes a disproportionate number of Hispanics, indigenous people, and descendants of slaves. The paper discusses 15 such assumptions that are generally trivialized, including the crucial role information costs play in decision making. In turn, costly information implies that its acquisition by poor people requires a greater share of their income, making it more difficult for them to make well-informed decisions.
Print
Share
Authors/Editors
John Komlos No current data available.