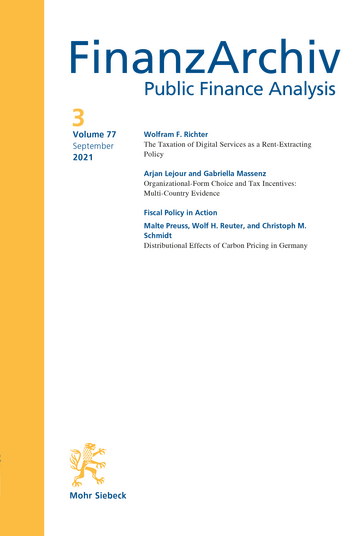 article PDF
DOI: 10.1628/fa-2021-0011
Using detailed German survey data on the consumption expenditure of households, we look at the distributional effects of a uniform carbon price. While carbon pricing itself results in a regressive effect, various strategies for redistributing the ensuing revenues could reverse this result, generating a progressive effect. The combined effect is less progressive if the revenue is used to reduce electricity taxes – which would spur the desired electrification of the energy system – and more progressive if it is used for per capita lump-sum transfers. However, adjustments to the German income support system could even out these differences.
Print
Share
Authors/Editors
Malte Preuss No current data available.