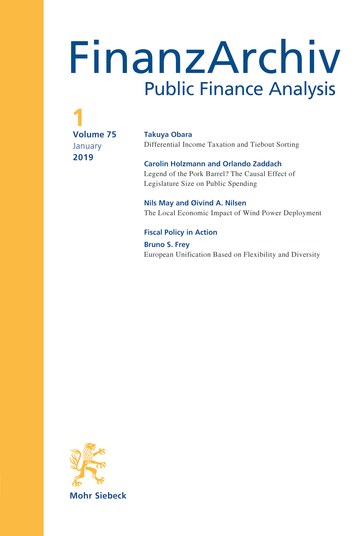 Legend of the Pork Barrel? The Causal Effect of Legislature Size on Public Spending

article PDF
DOI: 10.1628/fa-2018-0024
This paper investigates pork-barrel spending, the inefficient effect of legislature size on public spending, in at-large electoral systems. Using a rich panel-data set on German municipalities whose councils are elected at large, we employ a regression discontinuity design to estimate the causal effect of legislature size of public spending. The empirical results indicate that the pork-barrel effect in at-large electoral systems is of very small economic magnitude. This finding is in line with the theoretical prediction of a zero effect, but is in sharp contrast to previously published estimates in the literature that commonly support a positive pork-barrel spending effect.
Print
Share
Authors/Editors
Carolin Holzmann No current data available.