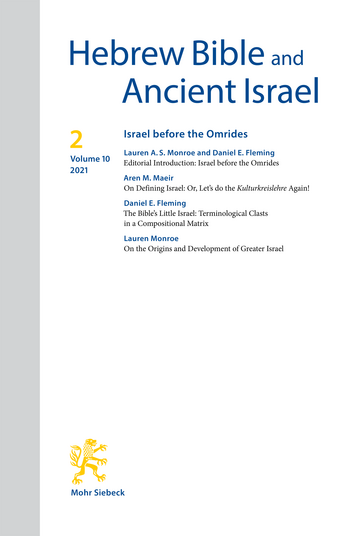 On the Origins and Development of Greater Israel

article PDF
DOI: 10.1628/hebai-2021-0012
This article works from biblical texts to track the emergence of a kingdom of Greater Israel that reached north of the Jezreel Valley, east of the Jordan River southward toward Bethel and west to the Mediterranean. The transition from little to Greater Israel involved two independent, contemporary spheres of political activity, each with its own character, history, and processes of political formation, both of which identified with the name Israel. This reconstruction aligns with archaeological evidence for separate northern and southern settlement systems in the southern Levant throughout the Bronze Age, and into the Iron Age, but is at odds with the Bible's master narrative of a single kingdom, divided.
Print
Share
Authors/Editors
Lauren Monroe No current data available.