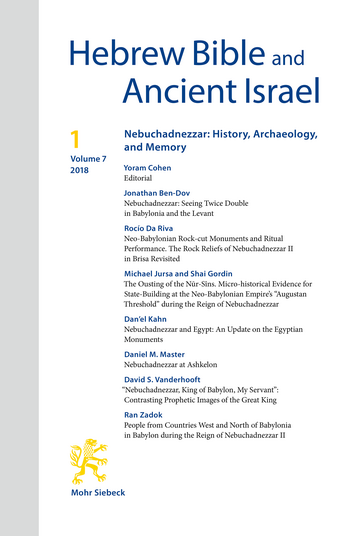 The Ousting of the Nūr-Sîns

article PDF
DOI: 10.1628/hebai-2018-0004
In this article we deal with Nebuchadnezzar's removal from office of the High Priest of Uruk's main temple, the Eanna, during a formative period of the Neo-Babylonian Empire. The incident is tied historically and politically to the process of state building and imperial consolidation associated with this monarch, especially in the second quarter of the 6th century b.c.e., at the Neo-Babylonian empire's »Augustan Threshhold.«
Print
Share
Authors/Editors
Michael Jursa No current data available.