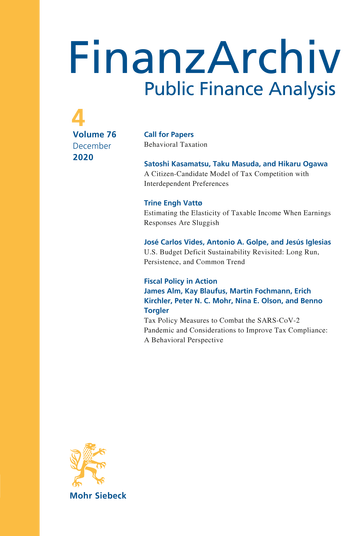 A Citizen-Candidate Model of Tax Competition with Interdependent Preferences

Artikel PDF
DOI: 10.1628/fa-2020-0011
In a citizen-candidate model of tax competition, this study describes the emergence of a policymaker (political leader) that has a hostile or altruistic stance toward neighboring countries. The results show that (i) when countries competing for mobile capital have similar positions on the import/export of capital, an altruistic citizen will be elected as the political leader, and (ii) when their capital positions differ, a citizen that has malicious preferences can become the representative of the country.
Drucken
Teilen
Personen
Satoshi Kasamatsu Keine aktuellen Daten verfügbar.