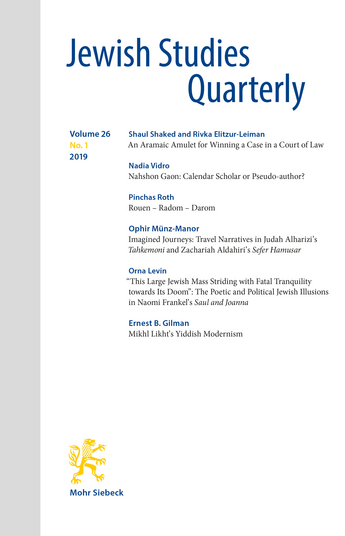 Artikel PDF
DOI: 10.1628/jsq-2019-0004
This paper discusses the use and confusion of two Hebrew words, rdom and drom, that denote geographical locations in a 13th-century poem and a late 12-century letter. My conclusion, in regard to these two specific texts, is that they refer to Rouen, and that the correct reading is Radom, as previously proposed by other scholars, but that the word was also meant to be read – at the same time, as a kind of wordplay – as Darom.
Drucken
Teilen
Personen
Pinchas Roth Keine aktuellen Daten verfügbar.