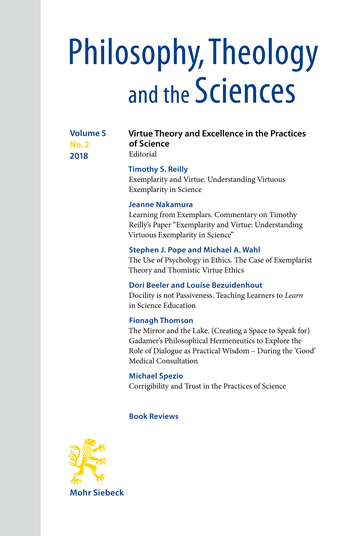 The Use of Psychology in Ethics

The Case of Exemplarist Theory and Thomistic Virtue Ethics

Artikel PDF
DOI: 10.1628/ptsc-2018-0016
Thomistic virtue ethics presents an account of the moral life that is primarily grounded in a metaphysical account of human nature and the human good. While some 'Thomistic psychologists' have sought to incorporate insights from scientific work about the emotional and cognitive processes that influence the formation of human habits, their efforts tend only to confirm already-established Thomistic theses. This article explores how Thomistic virtue ethics might more effectively integrate scientific findings by engaging the work of philosopher Linda Zagzebski. Her exemplarist moral theory aims to determine the essential characteristics of moral qualities such as virtue through empirical investigation of concrete moral exemplars. Hence, the sciences play a constitutive rather than merely supporting role in her virtue theory. We argue that Zagzebski's methodology proves instructive for Thomists who aspire to provide an account of virtue that aligns with the most compelling findings of the natural and human sciences.
Drucken
Teilen
Personen
Stephen J. Pope Keine aktuellen Daten verfügbar.