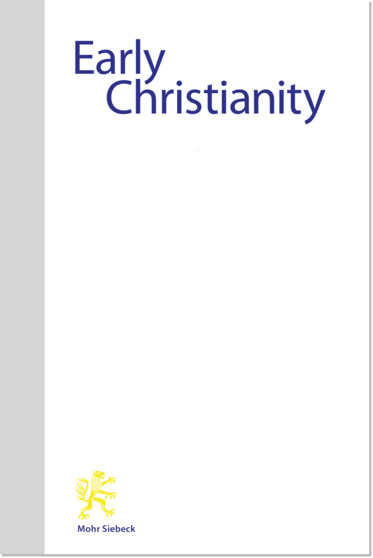 Artikel PDF
DOI: 10.1628/186870311795386944
This title was chosen by Martin Hengel for a lecture in his honour. Jewish roots can be obscured by emphasis on the links of Christology with anti-Judaism (A. Harnack and others). This emphasis contributes to debatable contrasts between Christianity and Judaism, Christology being restrictively viewed as typically Christian (part 1). Hengel's own Christological work (part 2) recalls W. Bousset in its massive historical contextualization even though, against R. Bultmann's development of Bousset, Hengel sets early high Christology in Jerusalem and seeks its roots in Jesus and Judaism. Older approaches which with revisions still influence current work (part 3) include a classical interpretation of Judaism as preparing for Christology and trinitarianism, and a contrasting emphasis on Jewish monotheism. Hengel can seem close to the classical model as revised in biblical theory, but points to the richness of the Jewish context (not simply roots) of Christology. Inquiry into early Christology (part 4) can correspondingly envisage a Jewish messianism mingled with mysticism, bound up with biblical interpretation, and in touch with contemporary Greek and Roman piety.
Drucken
Teilen
Personen
William Horbury is Professor of Jewish and Early Christian Studies at the Faculty of Divinity, University of Cambridge, UK.

William Horbury is Professor of Jewish and Early Christian Studies at the Faculty of Divinity, University of Cambridge, UK.

Mehr vom Autor / Herausgeber
William Horbury is Professor of Jewish and Early Christian Studies at the Faculty of Divinity, University of Cambridge, UK.