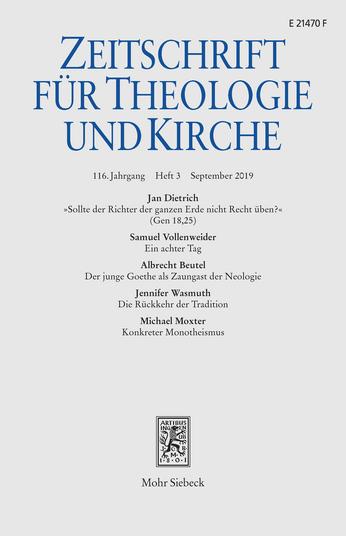 Artikel PDF
DOI: 10.1628/zthk-2019-0016
The article sheds light on the significance of Trinitarian dogma in the ecumenical dialogues conducted internationally since the middle of the twentieth century. Three approaches are distinguished: a rather non-specific formulaic recourse to the Trinitarian dogma, which also includes the controversy surrounding the »filioque«; a new discovery in the Pentecostal-charismatic context following the theological reflection of spiritual experiences, and a targeted use in the field of ecclesiological theory formation. What is common to all three approaches is that Trinitarian dogma was not present from the beginning, though in the course of the dialogues the connection did become increasingly important. The article therefore argues that despite critical inquiries into Trinitarian dogma in the academic context, an impressive »return of tradition« in the ecumenical dialogues can be ascertained.
Drucken
Teilen
Personen
Jennifer Wasmuth Keine aktuellen Daten verfügbar.