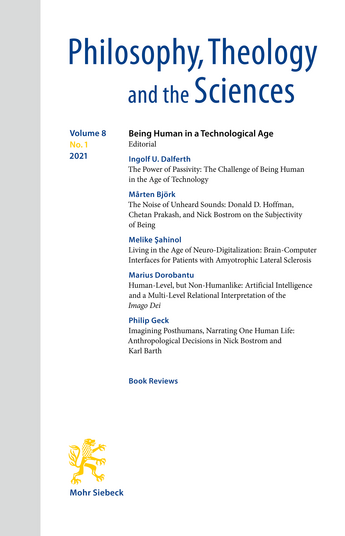 Artikel PDF
DOI: 10.1628/ptsc-2021-0006
The doctrine of the imago Dei is central for theological anthropology, but its meaning is still being disputed. With many equally appealing competing interpretations, it does not seem likely that a solution can emerge on theological grounds alone. This paper argues that a surprising lifeline can be found in dialogue with the nascent field of artificial intelligence (AI). Looking at where AI currently struggles in its attempt to replicate human cognition and behavior provides strong clues that relationality is key for human distinctiveness. A hypothetical strong AI might achieve human-level intelligence, but it would likely be very non-humanlike. In such a scenario, human distinctiveness could best be accounted for by a relational interpretation, but one structured on multiple levels of varying theological commitment.
Drucken
Teilen
Personen
Marius Dorobantu Keine aktuellen Daten verfügbar.