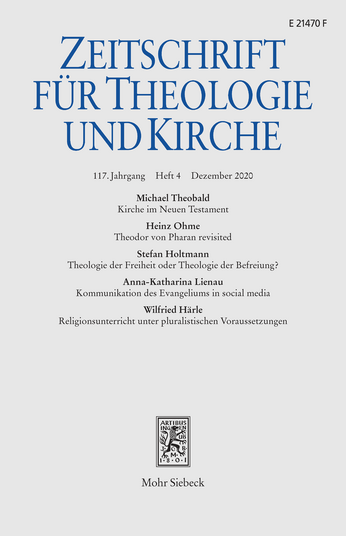 Artikel PDF
DOI: 10.1628/zthk-2020-0020
The analysis offered here of the extant passages from the writings of Bishop Theodore of Pharan, who in both 649 and 681 was anathematized as a Monophysite and heresiarch because of his acknowledgement of a single operation (μία ἐνέργεια) in Christ, does not confirm this accusation. What it instead reveals is that, as a Chalcedonian theologian and through his attention to Christ's work as Saviour, Theodore adopted a perspective that complemented an ontological analysis of the distinction between human and divine natures. This enabled him to recognize the whole of Jesus's activity as a single work of God, a dual perspective he shared before 645 with his close contemporary Anastasios of Antioch and even Maximos Homologetes. The question arises why this idea's potential to create a common understanding between Chalcedon's followers in the monenergism /Monothelitism dispute was not used. The concluding section presents the reasons that led to Theodore's condemnation.
Drucken
Teilen
Personen
Heinz Ohme Keine aktuellen Daten verfügbar.