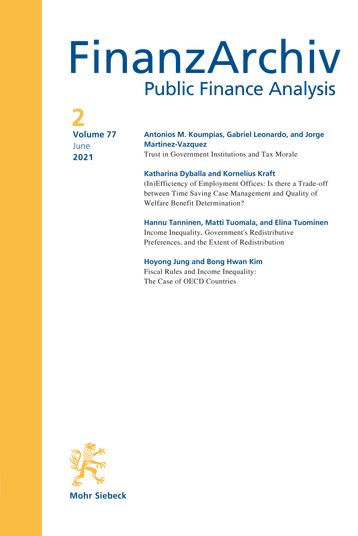 Artikel PDF
DOI: 10.1628/fa-2021-0006
Using information from the World Values Survey and the Freedom House, we confirm prior evidence that trust in government organizations positively influences tax morale and show that trust in output government organizations such as civil services or the police has a significantly larger influence on tax morale than does trust in input organizations, such as the national government and the parliament. Ranking the relative importance of trust across government institutions using LASSO regression, we identify trust in police to be most important by a wide margin, followed by the national government, courts, civil service, and the parliament.
Drucken
Teilen
Personen
Antonios M. Koumpias Keine aktuellen Daten verfügbar.