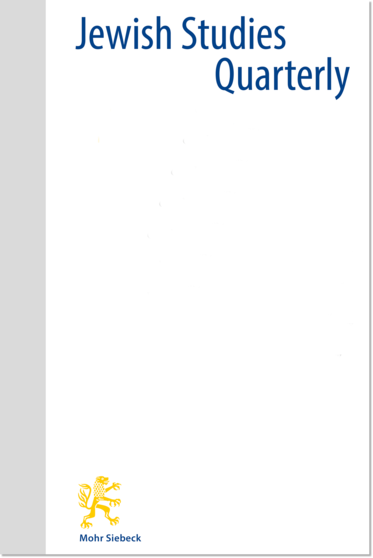 When Maimonideans and Kabbalists Convert to Christianity

Artikel PDF
DOI: 10.1628/094457017X14909690198999
This article examines how three major Jewish leaders who converted to Christianity in medieval Spain – Abner of Burgos, Pablo de Santa Maria and Pedro de la Caballeria – viewed Maimonides and the kabbalists. I establish that each came from a different Jewish intellectual tradition, and my analysis shows that the way they related to Jewish sources, and in particular the esoteric messages they found in them, did not seem to change significantly in the process of conversion. While they employed different ideological arguments in their post-conversion polemical works, their personalities remained constant, even as their identities shifted from one social construct to another. Thus, an affinity with kabbala or philosophy might not be the reason for converting, but this affinity could become the intellectual tool the convert used to explain, both to himself and to others, the religious meaning of his conversion.
Drucken
Teilen
Personen
Shalom Sadik Keine aktuellen Daten verfügbar.