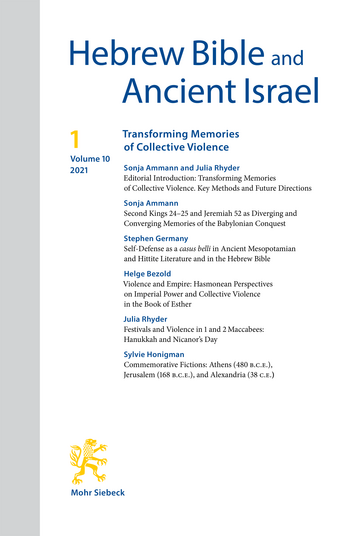 Artikel PDF
DOI: 10.1628/hebai-2021-0004
In ancient Near Eastern literature, the concept of self-defense serves more than simply as a justification for mobilizing an in-group to commit collective violence against one or more out-groups; it also reveals important features of the religious worldviews of the societies that produced such literature. This study will compare the religious worldviews underlying the motif of self-defense in Mesopotamian literature, Hittite literature, and the Hebrew Bible, revealing both lines of continuity and important differences in the conception of the collective »self« in these literatures.
Drucken
Teilen
Personen
Stephen Germany Born 1985; 2016 PhD in Hebrew Bible from Emory University.